When Days are Numbered

By Vivian Jair, University of Pennsylvania, Wharton School of Business

Our lives are governed by numbers. The general consensus is that the higher these numbers, the better. Who has the highest SAT score, the best GPA, or the greatest number of leadership positions? Alternatively, if you prefer to look beyond the scope of school, just examine our regular emphasis on high salaries, competition scores, and possessions.

We like to decry the college admissions period for this—after all, there’s so much more to a person, to their culture and identity and living, breathing soul, than a high score or number, isn’t there?—and yet a strange irony occurs when it’s us choosing them. When choosing schools (or perhaps when writing that “Why X College” essay), a common method is to compare numbers of courses or clubs or opportunities. And when it comes to choosing colleges, national rankings are just about always a top consideration.

It’s no different when it comes to my school. I am genuinely proud that the University of Pennsylvania is home to over 450 clubs, 23 professional athletic teams, 90 majors, and 19 business concentrations.  On paper, these sheer numbers are impressive, and in person, both terrifying and exhilarating. Last semester, for example, the Fall Club Fair was a never-ending stream of excited club officials, twitching freshmen, and caps-lock banners down Locust Walk. But ultimately, after a semester, I discovered that these high numbers, this abundance of possibility, could very easily overwhelm.

Coming from high school, I thought I’d absolutely enjoy the abundance of options in terms of classes and clubs. However, the sheer possibilities coupled with my tendency to want to make the best of every opportunity led to some problems. The tantalizing idea of never wasting these chances, the ridiculous fear of missing out, led me to make the regrettable mistake of overloading myself in terms of clubs.

Overcommitment – Learning to Say “No”

Penn clubs range from business and law to food and literature. Following many interviews and applications, I ended up successfully joining five organizations in my first semester. At first, I was utterly ecstatic that I had been accepted by so many groups, but I soon began to realize that I had made three big mistakes. The first was obvious from the start—I had joined mainly publication-based clubs, several of which were quite similar. Secondly, a mistake that I would not really discover until some introspection, I had stuck to my high-school expertise, instead of allowing myself to explore. And third, joining five clubs’ committees was just utterly insane.

For approximately a semester, I attempted to juggle the five organizations. Surprisingly, on top of my course-load and social life, it was doable; I could handle the workload without my grades, sleep or friendships suffering. Nevertheless, as I hurried out of my dorm’s patio every weekday night, or ran from club meeting to club meeting on weekends, I realized that this wasn’t what I wanted. I was growing increasingly tired of the word GBM (General Body Meeting), and yearning for any free time at all. Not only was I unable to fully dedicate myself to any club, but I also could not entirely enjoy my activities.

So, over Winter Break, I sat down for an intense solo debate with my inner self. After days of hard thinking, I realized that it was better to correct my mistakes sooner rather than later, and to dedicate myself fully to the organizations I would keep—the Wharton Undergraduate Consulting Club, Wharton International Business Magazine, and Wharton Chinese Business Society. I wrote painstaking e-mails of departure to the two clubs I would be leaving, and agonized over pressing the “send” button. It was a most difficult and painful moment, but it is a choice I have not regretted since. 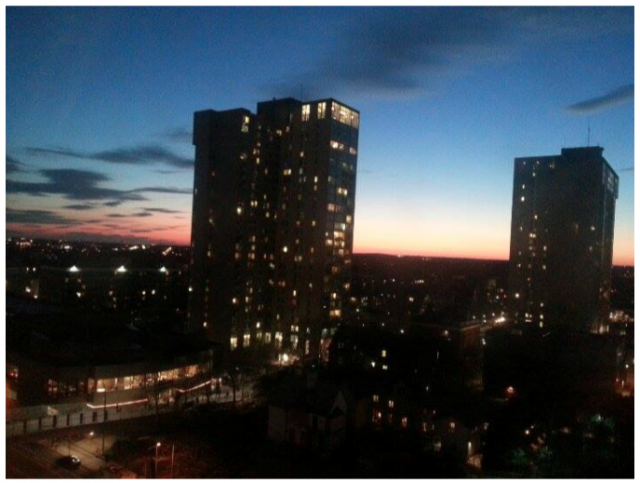 Going Beyond the Numbers

From this experience, I think I’ve learned many unconventional truths about both myself and the world. Large numbers can be far from everything, and even detrimental. Don’t get me wrong—there is a definite advantage to a larger number of offerings, as well as to greater scores and achievements. There is an essential difference between being ranked one and being ranked ten in the nation, for instance. While numbers are important, they are not the only factor you should consider while making decisions. They are simply one component of the bigger picture, a cursory summation that may not reveal deeper insights. In many cases, such as rankings, there are solid, qualitative factors that underscore and explain these rankings—and these are what matter most. What I urge is the delving beyond the numbers, not simply being satisfied that something is the best, but asking why. Only by unearthing the reasons behind these numbers—in examining why someone is able to do so well in class, why a school is “best” in a field, or why an individual scored first place in a competition—can we learn from these numbers, and strive to these heights ourselves.

So, in the spirit of examining the why behind these numbers, I pondered over my time here at Penn. Four years may seem like a long time, but by overloading myself in order to prevent wasting time, I ironically made it difficult to enjoy the moment. Ultimately, however, I came to realize that I just have to move beyond a single-minded determination to take advantage of it all, and instead focus on what I really want to do, and why. Being nineteen and on the cliff of adulthood, what is it that I want to take with me into the plunge? 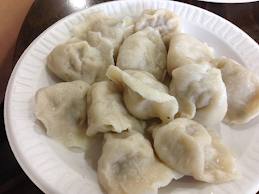 It was this question that inspired me to make the following list of five goals, which I hope to accomplish before leaving Penn, a gathering place of endlessly talented individuals and companions, teachers and mentors:

By the end of four years, I hope this personal list is one that I can look proudly back upon, and have completely fulfilled. I’ve only been able to come to this point, to have the time to pursue such personal goals, because I’ve realized the importance of examining beyond the high numbers. Here in my remaining three years at Penn, it’s not the clubs or academics that I may never encounter again—it’s the ephemeral, fleeting moments. Whether I’m attending a legal studies field trip to the New Jersey State Prison, frolicking in the winter night’s slush snow with friends, cooking dumplings from scratch for the first time ever, or learning to play the guitar through imitating a talented companion, I’m making the memories and choices that I won’t regret. They are the reasons whyPenn matters to me.