A Year of Change

Attending Williams College on a 100% Scholarship

“Ashish, you aren’t serious about this, are you?” said my mother in an anxious tone.

I had just revealed my plans of a year off to my mother.

In India, a gap year is a big deal. For my parents, it was as though someone had just swept the ground off their feet. I was giving up a prestigious North Campus College of Delhi University – for which my board marks (96%) would have secured me a seat – for a year off to explore myself on a deeper level and apply to the best universities of the world! But no one in my family had ever been to any of these universities, and full scholarships seemed to be a distant dream.

In any case, embracing a quote I once read, “Reach out for your dreams even if the probable result is failure”, I took the gap year.

At the time, I had founded the Khoobsurat Foundation and was embroiled in its activities. The Khoobsurat Foundation is a not-for-profit NGO that rehabilitates commercial sex workers by training them to become skilled certified beauticians who in turn provided the same workshops to the next set of untrained commercial sex workers. This system ensured sustainable dignified employment. Now, during my gap year, I wanted to scale Khoobsurat. I wanted to see how far I could take this NGO. 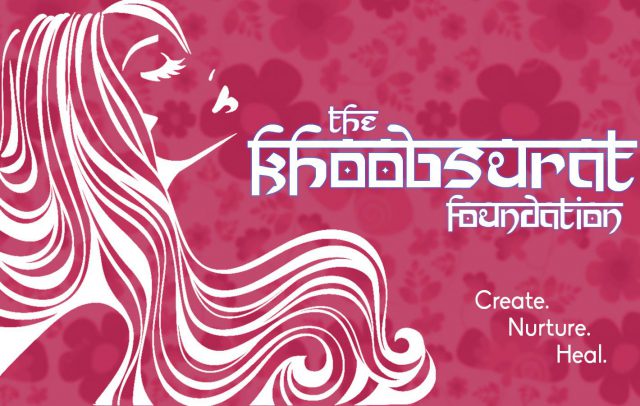 I knew that in order to expand the organization, we required detailed data on the women that we wished to help. Keeping this in mind, I embarked upon an original research study under the guidance of a scholar at Harvard University. The research was dualistic in nature: it helped me both expand the scope of the organization and ensure that I was able to get the maximum quality data on one district of women. Through this process, I came across many important observations on race, unemployment, and the ability of women to negotiate the use of protection. The observations were used to expand the operational base and improve the content of the workshops that we provided to the women. Other than workshops on safe-sex practices and the rights of commercial sex workers, we started conducting workshops on hygiene and education, which were open to children as well. 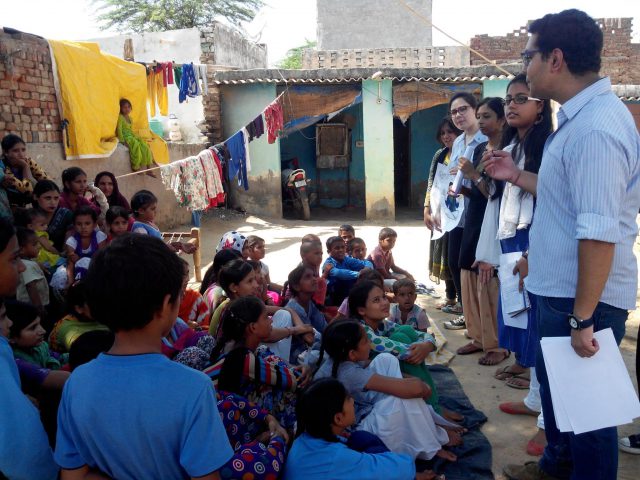 The research showed us that building trust among the women was an important step for them to take the bold leap of transforming their lives, and for this purpose we also started conducting personal mentorship sessions with the women. These sessions included one woman and two volunteers (one who would write and the other who would speak), and they helped us transcend the barriers of illiteracy, language and experiences that existed between two divorced classes of society.

The research showed us that building trust among the women was an important step for them to take the bold leap of transforming their lives, and for this purpose we also started conducting personal mentorship sessions with the women. These sessions included one woman and two volunteers (one who would write and the other who would speak), and they helped us transcend the barriers of illiteracy, language and experiences that existed between two divorced classes of society. 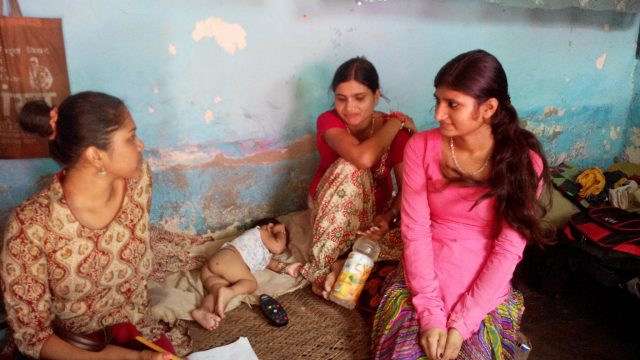 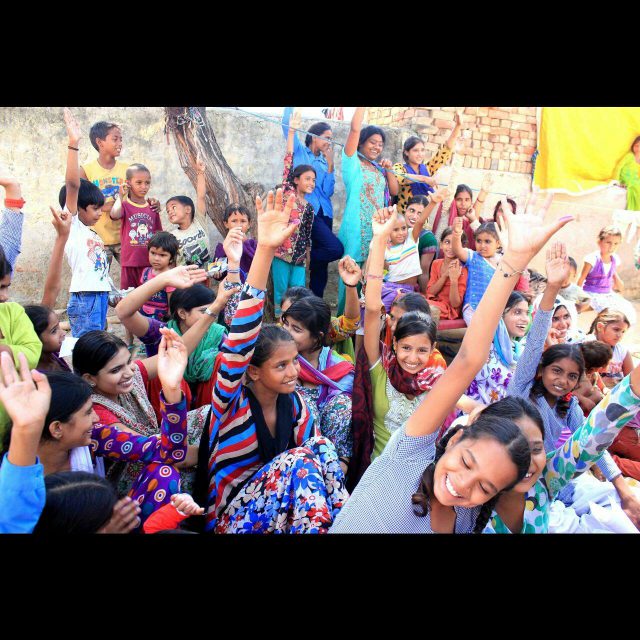 Over the course of the entire initiative, we were able to build a base of more than 200 rehabilitated commercial sex workers, four beauty parlors, and partnered with four other organizations that provided us with the resources to ensure the sustainability of the initiative.

Other than the Khoobsurat Foundation, I utilized the remaining time from my gap year to immerse myself in Theater. For me, theater was a platform to unleash myself in a time and space that was much different than our own. Taking the help of my mentors, I also created an extensive emotional database of 529 possible emotional states (calculated using permutations and combinations) that could exist in a person’s life (or in a play) and utilized this database to take my theatrical performances to the next level. I further started practicing performance art in the form of method acting, which helped me “download another operating system into me” (i.e. completely embody the existence and experiences of another person). 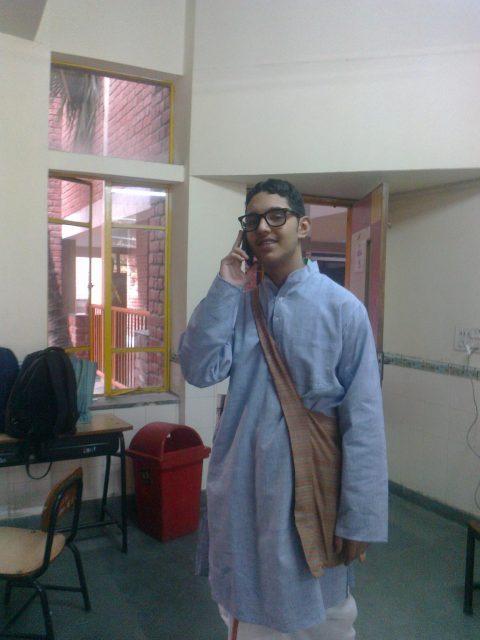 The SATs and subject tests were an important area in which I had to improve a lot in order to be able to bag scholarships. Under the guidance of Athena instructors, I utilized the time I had to systemically improve my reading speed and writing ability. They made me understand the essence of the passage and how I needed to honor the passage in order to grasp it correctly. I did so, and it worked!

With everything done and all the applications submitted, my nervousness rose to levels I had never faced before. I was as scared as anyone else would have been, especially because I knew that applying for considerable financial aid put me at a competitive disadvantage. It was that time, when Rahul Sir and Poshak Sir helped me in a way that I will never forget. They told me that at times, when I lose the faith I have in myself, I should rely on the faith my parents, close friends and mentors have on me. I cannot state enough how much that helped.

I got 100% scholarship offers from Williams College, Wesleyan University, Drexel University, Middlebury College among many others. I will finally be joining Williams College (Class of 2019) this fall to pursue Economics and Statistics, and I cannot possibly contain my excitement! 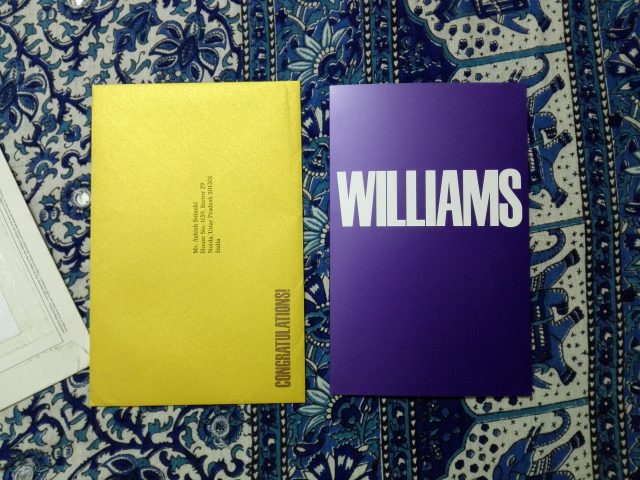 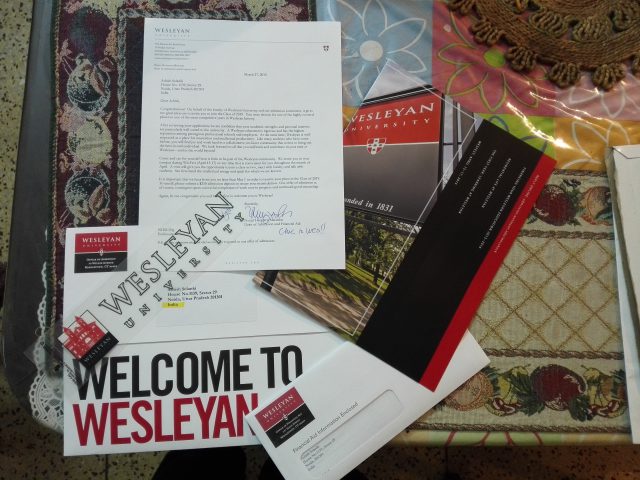 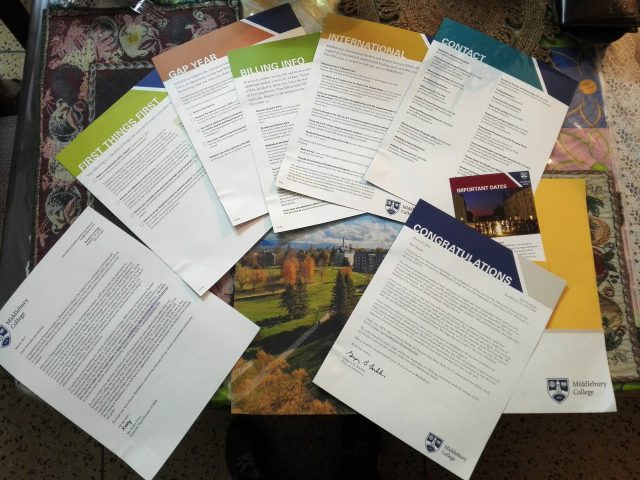 This year has been a source of great intellectual and emotional growth, when I learned the ropes of entrepreneurship and research. But as much as I learned, I realize how much remains to be learned. I am so grateful to Athena Education for all their mentorship and never-ending support system that helped me achieve the American Dream.
Next stop? The Purple Valley! 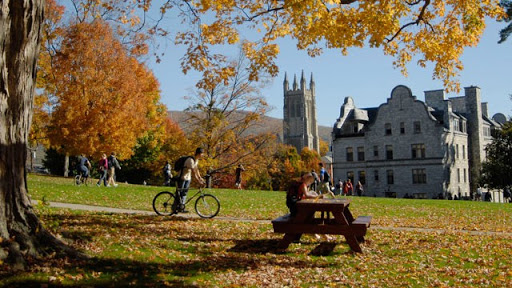